If Both Parents Agree, Things Are Easier

You Must Show a Significant Change in Circumstances

In order to grant a child custody modification, Texas family courts require you to show that a material and substantial change in circumstances has occurred. You must prove that the change in circumstances makes your current arrangement inappropriate or unworkable, as well as that the proposed change is in the child’s best interests. If you request the modification, that burden of proof rests with you.
What does “material and substantial in circumstances” mean? It depends on your case. Many different changes can qualify.

Older Children Have Some Say in the Matter

Texas law makes a distinction between children younger than 12 and children who are 12 years old and older. When a child is 12 and wishes to change the primary caregiver, courts may grant the modification. It’s likely that the judge will want to talk privately with the child, and the request will only be granted if the judge believes it’s in the child’s best interests.

Talking With a Lawyer Is a Good Idea

If your family’s needs have changed and an existing child custody plan is no longer working for you, talking with an attorney is a good first step. At the Schneider Law Firm, P.C., we can talk with you confidentially about your situation and help you take the best course of action. Call our Arlington law office at 817-799-7125 to get started. 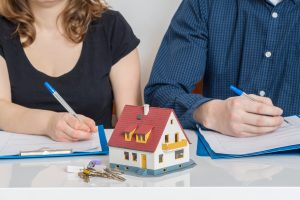